A model is presented which allows to quantify the simultaneous distribution of the exposure to two compounds, for example a health-risk and a health promoting compound. The model considers the total dietary intake, and can be used as a first step to study the effects on the balance between risks and benefits following changes in the consumption pattern. The exposure is modelled separately for intake probabilities using a betabinomial model, and for intake amounts using a lognormal model, and these parts are afterwards integrated by Monte Carlo simulation. The model is illustrated using the risk–benefit case of dioxins and the omega-3 fatty acids eicosapentaenoic acid (EPA) and docosahexaenoic acid (DHA). High concentrations of both the health adverse compounds and the health promoting compounds are simultaneously present in fatty fish.

Calculated exposures were compared with intake limits: the adequate intake for EPA + DHA and the tolerable daily intake (TDI) for dioxins. We estimate the probability that dioxin exposure is below TDI, the probability that EPA + DHA exposure is above the adequate intake, and the probability that both conditions occur simultaneously. We also model the dependence of these probabilities on age. In the studied population the exposure to both compounds is almost completely below the limits. A scenario study in which meat consumption was replaced by fatty fish consumption shows an increase in the fraction of the population with the recommended intake of EPA + DHA, however also the fraction of the population exceeding the TDI for dioxins is increased. For the example scenario the optimal amount of fatty fish consumption is derived. 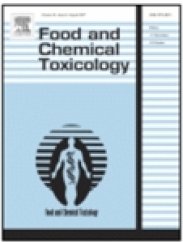