The tuber of potato (Solanum tuberosum) is commonly used as a model for underground storage organs. In this study, changes in the proteome were followed from tuberization, through tuber development and storage into the sprouting phase. Data interrogation using principal component analysis was able to clearly discriminate between the various stages of the tuber life cycle. Moreover, five well-defined protein expression patterns were found by hierarchical clustering. Altogether 150 proteins showing highly significant differences in abundance between specific stages in the life cycle were highlighted; 59 of these were identified. In addition, 50 proteins with smaller changes in abundance were identified, including several novel proteins.

Most noticeably, the development process was characterized by the accumulation of the major storage protein patatin isoforms and enzymes involved in disease and defense reactions. Furthermore, enzymes involved in carbohydrate and energy metabolism and protein processing were associated with development but decreased during tuber maturation. These results represent the first comprehensive picture of many proteins involved in the tuber development and physiology. 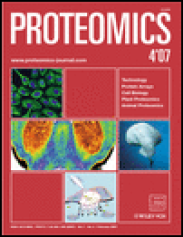