Effective surveillance systems are vital for detecting accidental or intentional contamination in the food chain. At the moment, there are several kinds of surveillance systems operating in developed countries around the world. These systems track and forecast emerging foodborne safety risks through collecting, integrating, analyzing and interpreting data followed by dissemination of the information via reports, advisories and warnings.

Reactive early warning systems can be divided in two types:

Disease monitoring systems are in place in many nations. Several systems use a combination of expert opinion with surveillance data (when specially focused on foodborne diseases) or they employ various tools, including Internet.

A couple of examples are given below:

The control of infectious diseases in the Netherlands is carried out by regional public health services, in partnership with regional laboratories. ISIS monitors and describes the day-to-day changes in frequency of all communicable diseases in the Netherlands.  ISIS activities can be divided into notifications of clinical cases and laboratory surveillance. The clinical cases involve practitioners in public health, the public health services, the Inspectorate of Health and the National Institute of Public Health (RIVM), reporting clinical cases and laboratory surveillance. All laboratories connected to ISIS report to a central database every night; clinical and laboratory data are then updated automatically. These are available through Internet. Parts of the site are password protected and can only be accessed by experts. RIVM is in charge of listing, evaluating and informing the government about possible health threats.

Even though the Center of Disease Control and Prevention (CDC) does not have an early warning system per se, there are several “early warning” activities carried out by the CDC. These include, among others:

The European Centre of Disease Prevention and Control (ECDC) was established in 2005. It is an EU agency which aims to strengthen Europe's defences against infectious diseases.

The ECDC is seated in Stockholm, Sweden and its mission is to identify, assess and communicate current and emerging threats to human health posed by infectious diseases.

In order to achieve this goal, ECDC works in partnership with national health protection bodies across Europe to strengthen and develop continent-wide disease surveillance and early warning systems. By working with experts throughout Europe, ECDC pools Europe’s health knowledge, so as to develop authoritative scientific opinions about the risks posed by current and emerging infectious diseases.

The WHO has a global alert system that methodically gathers official reports and rumours of suspected outbreaks from a wide range of different sources. These reports might include information from ministries of health, national public health institutes, WHO regional and country offices, WHO collaborating centres, civilian and military laboratories, academic institutes and non governmental organisations (NGOs).

Once the raw information has been gathered it is then processed to determine whether or nor the outbreak is of international significance. This is then carried out by the Global Alert and Response Network (GOARN) which is based in the WHO Alert and Response Operation Centre in Geneva, Switzerland.

In 1980 a surveillance programme for the Control of Foodborne Infections and Intoxications in Europe was established as a WHO and FAO joint initiative. This centre serves as an international focal point for the collection and dissemination of data. Each Member State has a designated contact point – generally the national authority responsible for the surveillance and control of transmittable diseases – to provide information to the collaborative centre on foodborne disease investigation. More information can be found here.

The examples mentioned below relate to systems that critically collect reports by control authorities of shipments that do not fulfil food safety standards; they also evaluate the implementation of such controls.  Finally they also monitor veterinary diseases, including those that may become a human health issue.

The European Commission is responsible for ensuring that Community legislation on food safety, animal and plant health and animal welfare is properly implemented and enforced. This is the primary role of the FVO. In addition, the FVO must audit/inspect food safety control systems in countries exporting to the EU to ensure compliance with EU standards.

The European Food Safety Authority hosts the RASFF as required by the General Food Law. Members, including national food control authorities, are forced to report their measures concerning food safety to RASFF, for instance food and feed recalls and detention of imports that do not fulfil food safety standards. These announcements can be divided into two types:

Various types of food hazards are commonly reported through RASFF including chemical, microbiological and physical hazards.

The OIE is an international organisation that sets standards for sanitary practices in trade, farming, breeding, therapy and diagnosis of diseases in animals and animal products. These standards serve as reference for the World Trade Organisation in case of international trade disputes over animals or animal products. Members of these organisations have to notify certain veterinary diseases that have been listed by OIE. 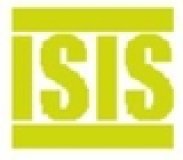 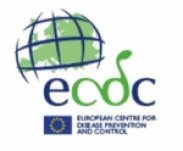 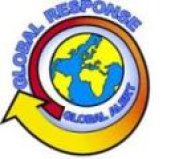 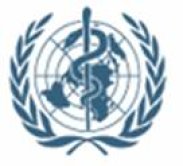 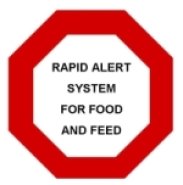