Crop improvement by genetic modification remains controversial, one of the major issues being the potential for unintended effects. Comparative safety assessment includes targeted analysis of key nutrients and antinutritional factors, but broader scale-profiling or ‘‘omics’’ methods could increase the chances of detecting unintended effects. Comparative assessment should consider the extent of natural variation and not simply compare genetically modified (GM) lines and parental controls. In this study, potato (Solanum tuberosum) proteome diversity has been assessed using a range of diverse non-GM germplasm. In addition, a selection of GM potato lines was compared to assess the potential for unintended differences in protein profiles.

Clear qualitative and quantitative differences were found in the protein patterns of the varieties and landraces examined, with 1,077 of 1,111 protein spots analyzed showing statistically significant differences. The diploid species Solanum phureja could be clearly differentiated from tetraploid (Solanum tuberosum) genotypes. Many of the proteins apparently contributing to genotype differentiation are involved in disease and defense responses, the glycolytic pathway, and sugar metabolism or protein targeting/storage. Only nine proteins out of 730 showed significant differences between GM lines and their controls. There was much less variation between GM lines and their non-GM controls compared with that found between different varieties and landraces. A number of proteins were identified by mass spectrometry and added to a potato tuber two-dimensional protein map. 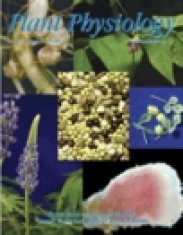