Given the potential decrease in human fatalities, suffering and economic loss which might be prevented by a relatively small investment in predictive activities, there is little doubt that these activities should and will increase in the future. So far, a couple of emerging risk identification systems are operational, while others are in development.

The examples below present systems that either focus on specific food hazards, such as the mycotoxins warning systems, and those that are broadly-oriented, such as “horizon scanning”.

Early warning systems for mycotoxins in maize and/or wheat

Mycotoxins are toxic secondary metabolites produced by fungi (moulds) that colonise crops in the field or after harvest. They are a potential threat to human and animal health.

Many predictive models for the occurrence of Fusarium head blight (a fungal disease) and the mycotoxin deoxynivalenol (DON), zearalenone (ZEA), fumonisin B1 on wheat and /or maize have been developed and are being used in several countries for management control of these natural toxins. 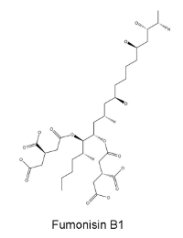 Current research relates to the validation of the system, and the development of more accurate models for risk prediction. Although successes in the prediction of the presence of mycotoxins in wheat and maize have been reported, additional development is required in order to achieve the accuracy needed for a broad implementation in risk management.

It is anticipated that inclusion of variables on agronomic criteria such as crop rotation, crop variety, tillage, human behaviour and field and storage practices may improve the present models. More detailed information about mycotoxins is can be found in the chapter entitled “Emerging Risks and Case Studies” under “Mycotoxins”.

The SCENIHR was recently established by the European Commission’s Directorate on Public Health and Consumer Affairs (DG SANCO). This Committee consist of  independent scientific experts that provide advice in response to questions from the Commission and other EU institutions.

DEFRA has developed a strategy for “horizon scanning” which they define as: “The systematic examination of potential threats, opportunities and likely future developments which are at the margins of current thinking and planning. Horizon scanning may explore novel and unexpected issues, as well as persistent problems or trends. Overall, horizon scanning is intended to improve the robustness of DEFRA’s policies and evidence base.”

Horizon scanning research aims to focus on areas of scientific research that are not traditionally considered and that may provide information on potential hazards and opportunities.

GIEWS is a world wide information exchange system that connects 115 governments, 61 NGOs, research and media institutions, in which issues related to food security are shared. GIEWS’s main objective is to support policy-makers and policy-analysts with timely warnings of possible changes in the food supply and demand and/or related aspects to allow effective measures to prevent a potential problem.

(Complete references can be found at the end of the module) 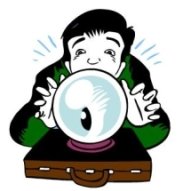