The series of food safety crises in the last decade in Europe and elsewhere (e.g. BSE, dioxins, GMOs, acrylamide, Sudan dye and emerging pathogens such as E.coli O157…) has revealed the vulnerability of current modern food production systems.

These incidents have evoked extensive public concern regarding the safety of the food and feed chain. Furthermore, the way these situations were managed, damaged public trust in regulatory activities associated with consumer protection. In part this was accredited to the high levels of media exposure directed towards these problems.

In Europe, the European Commission has addressed the issue of restoring consumer confidence in the European food supply in the White Paper on Food Safety (2000). The European Food Safety Authority (EFSA) was established in 2002, and the General Food Law (2002) has been adopted to provide a framework in which to develop a coherent food safety regulation. In line with these initiatives, EU Member States have installed national food safety authorities to provide independent scientific advice and technical support for the institutional bodies dealing with legislation and policies in the field of food and feed safety. Many of these organisations are also responsible for communicating food risks and other safety matters to interested stakeholders, including consumers.

It is apparent that food safety risks can be reduced if food safety hazards are identified in an early point and if required information is exchanged adequately between parties involved in maintaining food safety. Many information and monitoring systems on food safety have been put in place on international level and on national levels (national monitoring and survey programmes), which have shown their value in the control of food safety risks. These systems have in common that they normally detect problems (food safety hazards) after they have occurred. Therefore, any intervention will be reactive. Systems capable of identifying food safety hazards before they actually occur, are called “emerging risk identification” systems. They can be described as pre-early warning systems that prevent the presence of a hazard that could give rise to a risk. 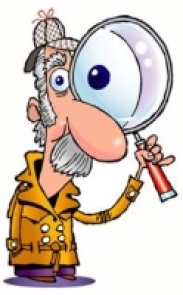