The definition of “emerging” applies to the following categories of risks:

It is possible that the term “hazard” would be a better description of an emerging risk in an early stage of development instead of “risk”. According to the Codex Alimentarius definitions, a hazard is an agent with the potential to cause an adverse health effect.

Within the area of food safety, consumers and producers may face various hazards that are of widely diverse nature, including: chemical, microbiological and physical agents, such as glass splinters. In this overview only microbial and chemical risks will be mentioned. 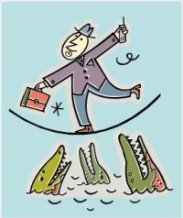