Mycotoxins are toxic secondary metabolites produces by fungi (commonly called moulds) that colonise crops in fields or post-harvest. As a result, they are a potential threat to human and animal health. Only a number of moulds, which are referred to as toxigenic, are able to produce mycotoxins. A functional definition of mycotoxin is a secondary fungal metabolite that causes an undesirable effect when animals or humans are exposed. Typically, exposure is through consumption of contaminated feedstuffs or food which causes diseases known as mycotoxicoses. Moulds can grow and mycotoxins can be produced pre-harvest, during transport, processing or storage. Mould growth and mycotoxin production are related to: presence of fungal inoculum on susceptible crops; plant stress caused by weather extremes; faulty water; insect damage; inappropriate storage practices. 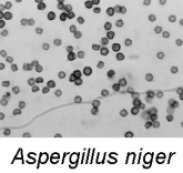 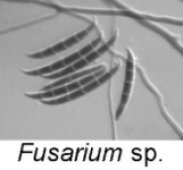 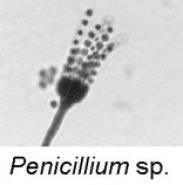 During the period from the end of the Middle Ages up to the beginning of the Renaissance there were several mycotoxin epidemics. “St. Anthony’s fire” was one of the earliest recognised diseases caused by mycotoxins in Europe. This was the result of eating rye contaminated with ergot alkaloids produces by the mould Claviceps purpurea. The symptoms of St. Anthony's fire or ergotism include gangrenous symptoms and painful seizures as well as hallucinations resembling those produced by LSD (lysergic acid diethylamide), and mental effects including mania or psychosis. In 1960 a dramatic and expensive death of 100,000 turkeys occurred in the UK just before Christmas. The problem was eventually traced to a toxic contaminant, later called aflatoxin, that was present in their feed.

Conditions and reasons for mycotoxin contamination

In many cases mycotoxins are formed in the field during the growing season. Nevertheless, mycotoxins are also formed during harvest, drying and storage. Field conditions, stress and subsequently reduced strength often predispose plants to infestation and colonisation by toxigenic fungi.

In the process of mycotoxin production a very significant factor is the availability of water for fungal growth. Recent global weather patterns have been quite irregular, presenting in some areas heavy rainfall and flooding and in others drought or even unusual frosts. The result has been an increase in the frequency of reports of mycotoxin contamination of feed grains. Some tropical and semi-tropical countries are reporting Fusarium contamination of crops where only aflatoxin was previously detected.  Nonetheless it is not clear if this is also the result of more frequent and accurate testing.Temperature is also an important factor. Thus, when interaction of plant and fungus takes place, moisture and temperature greatly affect growth, health and competitiveness of mycotoxigenic fungi.


In stored grain, mycotoxin production results from a complex interaction between moisture, temperature, substrate, oxygen and carbon dioxide concentration, insect presence and fungal abundance. Moulds grow over a temperature range of 10-40°C, a pH range of 4-8 and above a water activity (aw) of 0.7.

While yeasts require free water, moulds can grow on dry surfaces as well as on substrates containing more than 12-13% moisture. In wet feed such as silage, higher moisture levels allow mould growth if oxygen is available; because most moulds are aerobic, high moisture concentrations that exclude adequate oxygen can prevent mould growth. However, if silage is stored too dry or is insufficiently packed and covered, infiltration of air will allow microbial activity which would reduce silage acids, allowing pH to rise and, consequently, moulds to grow.

A model is a simplified representation of a system which is a limited part of reality. It contains interrelated elements. Static and dynamic models can be developed, depending if time is taken in to account. Among dynamic models, those defined as descriptive simply describe a system; they only show the existence of relations between elements but do not explain the relations. A more complicated approach is followed when the aim is to describe a whole system, then explanatory models are developed. Explanatory models are significantly more complicated than descriptive ones, but they are the only models useful for prediction (since different conditions may be presented).

For more detailed information about “Prediction of mycotoxins using models” we recommend the following articles:

Aflatoxins consist of a group of approximately 20 related fungal metabolites. These can occur in a wide range of raw foods, including cereals, nuts, spices, figs and dried fruits.

Aflatoxin M1 (AFM1) is the metabolite of aflatoxin B1 (AFB1). It can be found in milk and subsequently in other dairy products when cows are fed with contaminated feedstuffs. In other words, when ruminants ingest AFB1 from their feed, they metabolise the toxin and excrete AFM1 in the milk.

A tolerable daily intake of 0.2 ng/kg body weight for AFM1 was calculated by Kuiper-Goodman (1990) and this toxin has been categorised by the International Agency for Research on Cancer (IARC) as a class 2B toxin, a possible human carcinogen. The occurrence of AFM1 in milk, especially cow’s milk, makes it a particular risk for humans because of its importance as a foodstuff, especially for children. Therefore the presence of AFM1 in milk and milk products is absolutely undesirable.

In order to face the problem of aflatoxin M1 in milk and dairy products, it is necessary to focus the attention  on the most sensitive steps of feedstuff production for lactating cows. 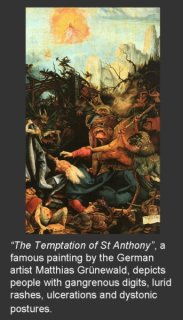 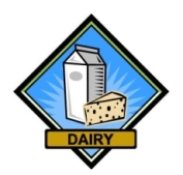